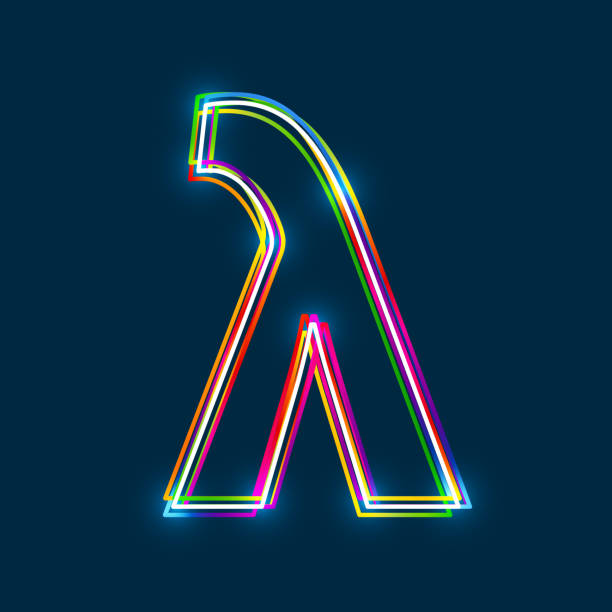 The wavelength symbol is the lowercase letter from the Greek language. Hence the Greek symbol for wavelength is “lambda” (λ), which is a standard symbol that represents it in wavelength equations in physics and mathematics.

The definition for the wavelength can be written as a distance between two similar points of two consecutive waves. The corresponding or the similar points in a wave means that the two points or particles have completed their one periodic motion or a similar fraction; this motion is referred to as a phase.

The two types of waves are:

The waves have high and low points and these points are termed as crest and trough respectively. The shape of a wave creates a sine curve which describes the simple harmonic motion

What Does The Greek Symbol For Wavelength Mean?

Above we discussed the wavelength symbol name and what does lambda equal to, but what does the symbol mean? In the uppercase, Lambda is written as Λ while in lower case the symbol for wavelength is λ. It is a letter of the Greek alphabet that represents that “I” sound in Ancient and Modern Greek. And has a value of the number 30 in the system of Greek numerals.

Is There A Formula For Wavelength?

For the calculation of wavelength, the sinusoidal waves are the most accurate type as compared to others because they have a smooth and repetitive oscillation. The lambda symbol in physics indicates the relationship between wavelength and frequency.

Relationship Between Wavelength and Frequency

Electromagnetic waves travel at the speed of 299,792 kilometers per second (kps). In the electromagnetic spectrum, there are plenty of waves each having multiple dissimilar frequencies and wavelengths. All of these terms are related by one equation which we discussed above.

What is the Unit of Wavelength?

The type of wave determines what unit will be used. Wavelength units can be meters, centimeters, or nanometers (1 m = 109 nm), picometers (pm), and femtometers (fm). The latter helps in measuring shorter wavelengths on the electromagnetic spectrum, for example, X-rays, UV rays, gamma rays, etc. Contrarily, radio waves have longer wavelengths that can range anywhere between 1 mm and 100 km, depending on the frequency.

The second symbol in the formula is the frequency which is also represented by another Greek letter nu (ν). In other words, frequency is the total number of waves passing through a specific point in a certain amount of time. And if you want to calculate the wavelength of the wave, you need to have information regarding the frequency which can either be in cycles per second or waves per second. Hertz (Hz) is the unit for one wave passing in one second.The SI unit of frequency is a reciprocal second (s−1).