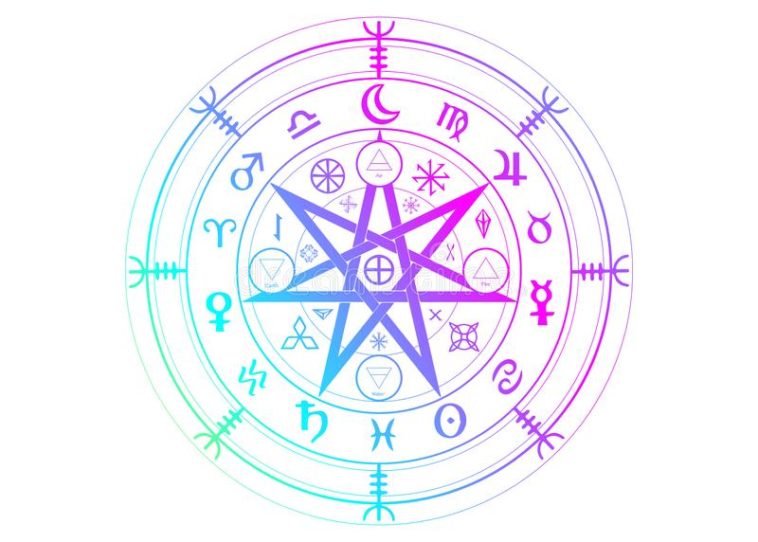 What is a Pagan Symbol?

In today’s world, symbols are important. Our rituals and traditions incorporate pagan symbols, which have been used for thousands of years. Various countries and faiths continue to use these symbols to represent their practices and beliefs today. Pagan worship in the modern world has evolved into modern paganism.

What Are The Pagan Icons?

Pagan icons are the modern symbols used today to represent religious and other beliefs, such as images of earth, water, fire, spirits, gods, blessings, magic, and religion. Ancient civilizations used these symbols to communicate. Now in the modern era, they represent the veracity of things and are divided into different parts, such as Celtic and Wicca.

All Symbols that can be used for Pagan Symbols:

What are Ancient Pagan Symbols?

Ancient pagan symbols were used in a number of ancient cultures, including Greece, Rome, Egypt, Scandinavia, and others. Originally, these symbols served to identify an individual’s location, but over time, they came to represent specific groups of people, such as sects and religions.

The definition of earth prompted by scholars tell us that earth is a combination of four spheres i.e. hydrosphere, lithosphere, biosphere and atmosphere (water, land, living thing & air) this four component has their own symbols and icons contrary the east symbol represents the abundance, prosperity and fertility. These symbols are mostly represented in the form of triangles.

The few most famous pagan goddess symbols are Triquetra: A widely used symbol that represents mind, body and soul while some say it represents feminine spirituality but no strong evidence has been found till today. Next in line is the triple goddess symbol that represents the three aspects of goddess i.e. maiden, mother and crone. While, pentacle goddess is associated with Earth, its four aspects and connection between them. Contrary, the spiral Goddess sign; which was widely used in Paleolithic times, represents the continuing circle of life, death and rebirth and the Hecate’s circle represents the maiden, mother and crone. The Hectare Was a Greek goddess who was associated with crossroads, entrances, the moon, witchcraft, magic, herbs, necromancy, and sorcery while the circle represents the strength and power of her.

More Symbols and their Meanings:

The pagan moon symbol is widely known as the triple moon which describes the three phases of moon i.e. waxing, full, and waning while some believe that there are three goddesses in the moon that represent the phases of motherhood i.e. maiden, mother and crone.

The pagan fertility symbol represents the life cycle. These symbol represents how life started from plants, to animals and humans on this planets these signs are the cross, ankh, Celtic, dragon, Lingam and Yoni in religious manner, while Bee, Ladybug, Snake, Owl, Frog in animal contrary, Lotus, orchid, Hollyhock, Barrenwort, Cornflower, Poppy, Catnip in Flowers and wedding cakes, mermaid, moonstone, Aventurine, Phallus are the famous fertility symbol for humans.

The pagan sun symbol means light and life in all cosmos of life. This symbol also represents wisdom, power, sovereignty, justice in a religious context. The sun is often identified as a supreme deity or power of beneficence.

The pagan love symbol is also known as Heptagram, eleven star or Fairy stay. This symbol is used to represent the strength and power of love as well as different spheres of Venus.

The symbols of ancient pagan symbols are used to re-create Wicca. Wiccans are those who adhere to this belief system. In Wicca, there are several symbols which are used worldwide. These are Moon symbols, Horned Gods, Trinity Knots, Witch Charms, Ankhs, Eleven Stars and more. Pentagram is the most familiar Wiccan symbol; a star surrounded by a circle, in which the star represents the earth, fire, air, water, and spirit, and the circle represents the loop of life, death, and rebirth.

The Wicca god symbol represents the power, strength and responsibilities of their deities the well-known Wiccan god symbols are Moon symbol and horned god, these symbols are also known as triple moon which represent the goddess of moon that shows the phase cycle of women i.e. maiden, mother and crone. While horned god represent the phase cycle of men i.e. master, father and sage.

Most American traditions are deeply rooted in paganism, and the founders of the United States like Thomas Jefferson and Thomas Paine weren’t just political rebels but also outright spiritual radicals whose motto was “In God We Trust.”. The most widely known pagan symbol in America is the Temple of Equality, the Pentagram, and the Goddess.

In the Christian tradition, Neopaganism plays a crucial role. In addition to adopting pagan symbols and practices, it has also taken up pagan practices. In Christianity, the most common symbols are crosses, ichthyosis fish, wreaths, halos, chalices, and phallic symbols.