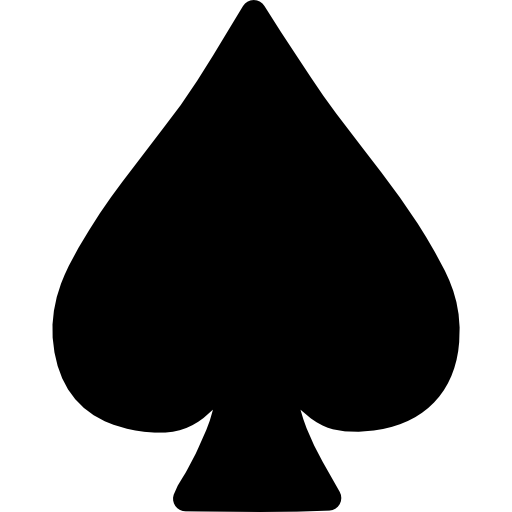 Use spade symbols easily. Copy it from here and paste it into your text: ♤

Meaning: Spade symbol is one of the most widely used symbols today. It originated from the concept of a pike’s head. The symbol represents the aspects of intelligence, military and action.

Another Meaning: The cosmic tree leaf is the same as the spade symbol. It also means life because of its resemblance to the cosmic tree.

All Symbols that can be used for Spade:

Black Spade Symbol: Spade symbol texts are used chiefly to show one’s intellect today. However, it mainly belongs to a military theme. You can use this club symbol in everyday texts, your social media bio, and captions.

Spade Symbol Font: The Alt Code for the spade symbol is Alt + 6. (Press these two keys and attain this symbol in your texts.)

Spiritual Meaning: The spade symbol’s spiritual meaning is “life.” So, one can use it in texts containing the following words:

Spade Emoji: Spade Emoji is very commonly used today. You can find it in emoji bars easily. However, you can copy the spade emoji from here and paste it to texts if unavailable.

More About The Spade Symbol:

It was used to represent French soldiers. This symbol was crafted on their sword suit.

Spade Symbol has a variety of meanings. Whether you want to copy-paste spade emoji, know the meaning of spade tattoo and symbol, or know its alt code- you can find everything here. Use it in your texts to show spirituality, intellect, and power. You can copy it from our website quickly and paste it into your texts.