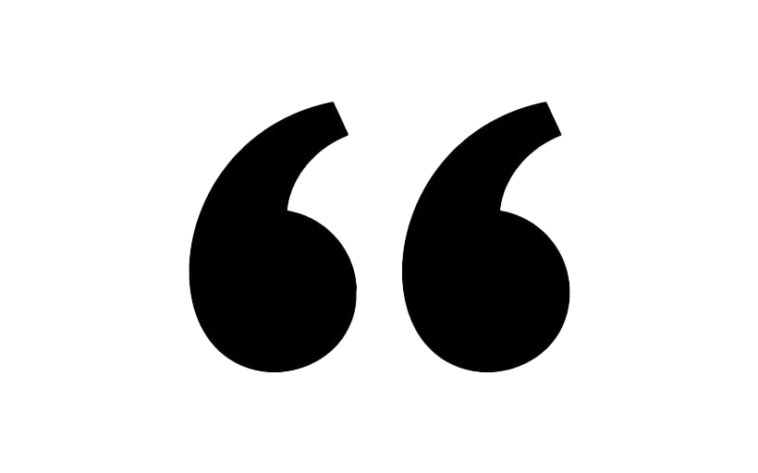 There are multiple names for the quotation mark symbol such as quotes, speech marks, inverted commas, or talking marks. Using this symbol also means the use of inverted commas. These symbols are punctuation marks.

It is used in several written languages in pairs to introduce direct speech, a quotation, or a phrase. The pair is made up of an opening and closing quote mark, which could or could not represent the same character. In multiple languages and mediums, quotation marks have various forms.

All Symbols that can be used for the Quotation Mark:

The first book discovered with quotation mark symbols that may be called marks of citation was printed in 1516 in Strasbourg, Alsace (previously in Germany) by Mathias Schurer. Flavius Philostratus wrote “De Vitis Sophistarum.” The markers were two commas in the left margin of each page, outside the standard type measurement. They were inserted after the page was put up, as their alignment varied widely, and were placed at the start of each line in which a cited passage occurred. However, there are some sources with a different history.

The single quote mark may be traced back to Ancient Greek practice, which monastery copyists used. This approach became particular to cited text throughout the seventeenth century. It became popular, particularly in Britain, to print quotation marks at the beginning and end of the citation as well as in the margin.

By the late nineteenth century, the markings in France had been transformed to an angular shape: «…». Some writers say that this was done for practical reasons, to have a distinct character from the apostrophes, commas, and parentheses.

What does Quotation Mark Symbol Mean in English Writing?

Quotation mark symbols are frequently used to denote anything stated or written by someone else, especially if it is incorporated inside your original work. Use commas if the citation is placed within one of your phrases. Look at the quotation mark examples below:

“The only king of Football,” Will Stephen says, “is Lionel Messi.”

The teacher asked everybody a question, “Can anybody in the class tell me in which year Neil Armstrong landed on the moon?”

Double quotation marks are also used to represent vocabulary that is not often adopted to describe an individual or an object. Some examples are nicknames, labels for items that people do not want to discuss in detail, and new items that have not yet been labeled.

How to Use Quotation Mark Symbols in Word?

With the introduction of computers, a full character set became feasible by employing multi-key combinations. However, by that time, everyone had grown accustomed to their original keyboard layout, so it was naturally kept, along with straight quotation marks.

Some applications automatically translate quote marks to compensate for this lack of foresight. If you don’t, you’ll need to know the right key combination.

For the opening single quotation symbol, hold down the Option key and then hit the curly parentheses } key located near the return key.

For the closing single quote mark, hold down the Option and Shift keys and then click the curly parentheses key } located near the return key.

For the initial double quotation mark, hold down the Option key and then hit the curly parentheses { key located near the return key.

For the closing double quotation mark, hold down the Option and Shift keys and then click the curly parentheses { key located near the return key.

Hold down the ALT key and then write 0145 for the starting single quote sign and ALT then 0146 for the closing single quotation sign.

Hold down the ALT key and then write 0147 for the starting single quote sign and ALT then 0148 for the closing single quotation sign.

What are Smart Quotes and How to Enable them?

Curly quotations are often known as smart quotes. The reason is, they bend towards the text you’re quoting. Most word processors do this automatically. Straight quotations appear to be vertical marks with no indication of whatever word or phrase they enclose. Here’s how you can do it:

These minor typographic touches, in our opinion, have a major impact on the quality of written information. So now you understand the distinction: don’t be sluggish, make those changes now!