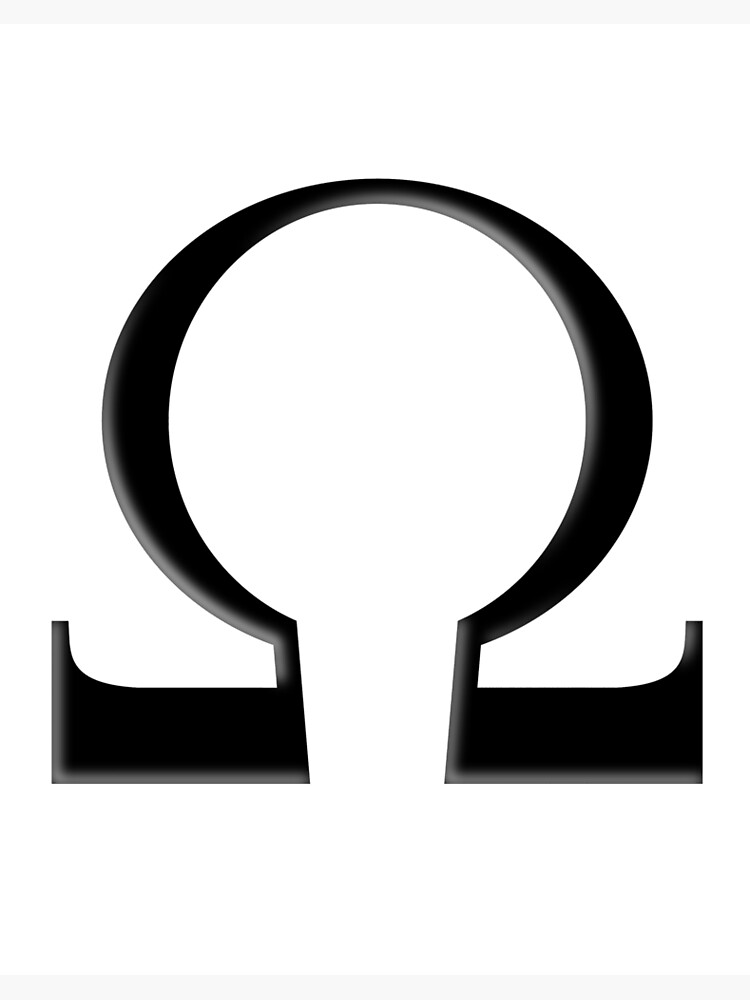 The 24th and last letter of the Greek alphabet is Omega; its uppercase symbol is Ω and in lowercase, it is denoted by ω. was chosen as the sign for 800 in the Greek number system. The letter is referred to as the Big O, as opposed to omicron, which is referred to as the “Little O”. Omega denotes the “end” or the “last”. The capital omega (Ω) is used to denote ohm in physics. Uppercase letters are also used in mathematics, computer science, and molecular biology. Lowercase omega (ω) is used in biology, chemistry, physics, mathematics, computer science, sociology, and other fields.

The Omega sign was originally used historically in the Aegean Islands around 700 AD. As said before, the sign has the additional meaning of the numerical value of 800 in the Greek number system.

The book of Revelation refers to Jesus as the “Alpha and Omega,” or first and last, the meaning of the omega sign takes on a religious tone. So, the Alpha and Omega signify the infiniteness of God, and conveys that he arrived before everything else and will be here until after everything has passed away. Many Christian artworks feature the Alpha and Omega symbols on a halo that hangs over Jesus’ head, and the Omega sign is even used as a symbol of Christ on some occasions.

In general, the Omega represents the end of history and humanity’s ultimate fate. Although the sign of the Omega is generally associated with demolition or the end of things and is often seen to be a positive event involving rebirth, some cult organisations take it to the extreme and are commonly referred to as “Doomsday cults.”

All Symbols that can be used for omega:

Copy and paste the omega in just one click. Just click on the omega symbol copy button next to it and insert it anywhere.

In number theory Ω (n) is the number of prime divisors of n. In probability and statistics, it is used as a symbol for “sample space” or “possibility space”. If you were to flip a coin and record the sample space for the probability of the coin landing on Heads or Tails, you might assume that both outcomes are nearly equally the same.

Omega may be found in a variety of other fields of mathematics, including group theory, combinatory logic, topos theory, differential geometry, and calculus. Depending on the type of font used, this occurs in multiple character typesetting in computer science.

The Omega sign ” Ω ” is used to represent oxygen-18, which is also represented as 18O. Both abbreviations are interchangeable. It refers to an oxygen isotope that occurs naturally and is stable, as well as environmental isotopes. As a result, it is frequently employed in Climate science to calculate the temperature of precipitation in polar locations. It is used to make Fluorodeoxyglucose, which is used in radiopharmaceutical diagnostics. Indeed, enhanced water contains H218O (or H2), which is used to infuse patients.

The symbol ohm was developed by the International System of Units to represent the unit of electrical resistance. It takes its name from the German scientist Georg Ohm. The use of the word MHO or OHM when written backward is to represent electric conductivity and it has an inverse relation. It is represented by the upside-down Omega sign ℧.

Ways to Get Omega Symbol in Word

There are many ways to get the symbol in Word documents. A couple of them are discussed in this article. Using these easy ways, the symbol omega may be easily inserted whenever and wherever it is required.

2. Use The Copy and Paste Method

3.  Use the Insert Option