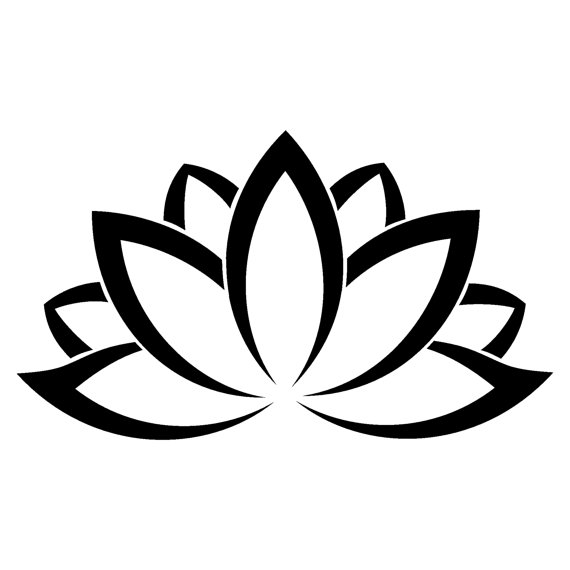 One of the most exquisite flowers you will ever see is the lotus. It often grows in wetlands and on water. As the lotus blossoms, it makes the ambiance lively and serene. From the lotus flower’s symbolic meaning to its significance, here you’ll find all the information you’re looking for.

A Little About The Lotus Flower

The lotus plant is an aquatic plant that thrives in a nutrient-rich, unclean atmosphere.   Lotuses take root in the dirt, their long stalks reaching toward the surface of the water.

Because of a protective outer covering that repels dirt and water, each petal emerges clean from the filthy water. These flowers submerge and close up at night, only to resurface above the water in the morning. The petals only last a few days before falling off.

All Symbols that can be used for the lotus flower:

What Does Lotus Flower Symbol Mean?

There is more than one meaning of lotus symbolism! The lotus is significant in many cultures across the world. Its symbol may be interpreted in a variety of ways. It is a sign of cleanliness, wisdom, and rebirth in eastern civilizations. The lotus flower symbol has a religious connotation. The flower grows even in the most polluted waterways. Still, it is regarded as a religious symbol. Many people worship lotus as  Hindu Gods and Goddesses.

The lotus comes in a variety of hues, including white, pink, and extremely uncommon blue. The rare blue lotus represents worship to Shiva, the Hindu God. The lotus was also carried by Gautam Buddha, who acquired enlightenment and the godly realm. It is also said that lotus blooms purify the water they grow in. The Lotus flower symbol is also considered a sign of monarchy and integrity in ancient Chinese societies. The significance of the lotus flower is visible in many Chinese portraitures where the monarch or queen is carrying the flower.

Spiritual Meaning of the Lotus Flower

The spiritual meaning of the lotus flower represents rebirth. The flowers open their petals with the sun’s rays and close them again after nightfall. The flower also symbolizes resurrection. The lotus’ everyday actions are linked to the rebirth of life. It is frequently used for worship in eastern cultures. It is regarded as a holy symbol since it reflects life’s paths. Gautam Buddha, the enlightened one, is shown seated on a lotus because it is thought that he will have a reincarnation.

Meaning of Lotus Flower in Hindi

The lotus flower has special significance in Hinduism. The lotus is mentioned in Vedic writings as early as 1400 BC.  Lotus blossoms are commonly represented in Hindu deities. The lotus, India’s national flower, has long worked as a symbol in the country’s arts, culture, philosophy, and religion.

Just like Hinduism, the lotus flower symbol has profound meaning amongst Christians. They symbolize purity and the birth of the universe. While most Christians do not believe that material objects such as lotus flowers have divine characteristics, the links between holy flowers and Jesus have been acknowledged.

What Do 7 Petals of Lotus Flower Symbolize?

The seven petals of the lotus represent multiple perspectives of your personality.

The first step is to make a decision; it’s all about freedom. The decisions we make in our everyday routines help us develop awareness.

The next is direction. Creating awareness leads you in the right way. Clearly defining the meaning and purpose of your existence moves you closer to self-realization.

The third factor is order. After determining your life’s goal, you must prepare in all aspects of your life to support your life path.

The next stage is to prioritize your responsibilities so that you can concentrate on the right stuff and get them done quickly.

Prioritization and order offer balance to your body, mind, and soul. It aids in the development of awareness, and creativity.

The sixth component is synergy. Finding the appropriate partners is critical for doing more than you can achieve alone. Teamwork is essential for success.

Last but not least, deliver maximum value to society, which is only possible with a strong sense of self-ego and integrity embedded.

The lotus flower is important in many faiths throughout the world. Its sign has several meanings, which vary depending on the colors. A delicate flower like the lotus represents purity, peace, and tranquillity. As its petals unfold one after another, the atmosphere around it becomes peaceful and calm.