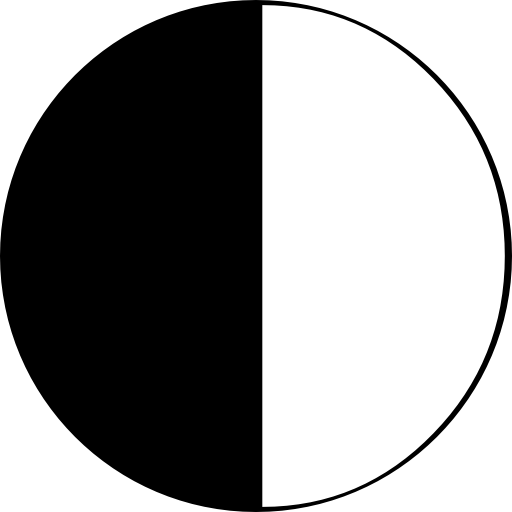 The half moon is also known as the waning and waxing moon. It identifies seasonal changes, the changing tides, and the feminine menstrual cycle. It is a representation of birth and fertility and is linked with life and death, making it a popular symbol in many religions.

Half Moon Symbolism In Religion

In Islam, the half moon sign represents the beginning and end of Ramadan fasting. This symbol did not begin with Islam; it was first employed by the city of Byzantine which later turned into Istanbul. The half moon symbol with a star became the Islamic emblem during the Ottoman Empire’s reign over the Muslim world.

All Symbols that can be used for Half Moon:

How to Add Half Moon Emoji in Mobile Texts

The waxing half moon emoji is available on both Android and iPhone. In text language, the half moon symbol represents goodnight wishes, dreams, or even nightmares. Emojis may appear differently on different systems. Every operating system, or device creator is free to create Emojis that reflect their business style and vision. Hover on your emoji keyboard on any of your devices, there you can find the half moon emoticon.

How to Add Half Moon Emoticon in Documents

Apart from the copy-and paste technique, there are three ways to add a half moon symbol in word documents. These include: