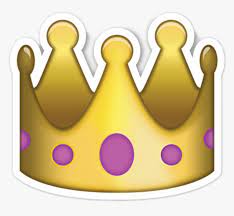 The symbol also identifies talks about the popular Netflix show The Crown, which depicts Queen Elizabeth’s life, as well as fantasy literature. The crown emoticon is used to allude to various kingdoms across the world, most notably following the death of Thailand’s long-reigning King Bhumibol in 2016.

In the New Testament, some Christians use the crown emoticon to identify debates about Jesus Christ, also known as the Prince of Peace, and his ministry concerning the Kingdom of God or Heaven. Many women, in general, may use the crown emoticon to depict themselves as queens, or powerful, gorgeous, and accomplished women sometimes posting selfies.

All Emojis that can be used for crown:

How To Use These Emojis:

How Does Crown Emoji Look Like on Different Platforms?

The crown icon appears frequently in talks and postings regarding various royal dynasties. Others, on the other hand, use it to indicate monarchy or prosperity. It embodies the sense that someone is special and superior to others in its indirect meaning. It may also be used as a sign of wealth and grandeur, especially when combined with other emojis associated with monarchy.

The Crown emoji 👑 was first included in Unicode 6.0 in October 2010. After that year, the crown emoticon expanded its reach by making its debut on Android and iOS smartphones. The sign first appeared as part of iOS 5, Apple Inc.’s fifth major version of the iOS mobile operating system.

Meanwhile, in the Android world, the Crown emoji debuted as part of Jelly Bean, Google’s 10th edition of the mobile operating system. Jelly Bean, or Android 4.3 as it was more technically called, was the first operating system upgrade to incorporate an emoji keyboard.

If you like a lovely, solid hue crown, you have two options: Facebook’s and JoyPixel’s versions. Facebook’s jewels are sparkling, bright, and blue, but JoyPixel’s stones are a purple, red, and blue mix.

Apple’s crown is made of gold and accented with green and violet stones, while Samsung’s gems are a mix of purplish-blue and violet. In comparison to Apple and Samsung, Google’s crown is more yellow-gold in hue. However, the general design and gem hues of Apple’s crown are very similar to those of Google.

How To Type Crown Emoji

Use a keyboard shortcut or use a symbol to type a crown in Microsoft Office software. If you’re not using MS Office and want to generate a crown symbol to share on social media, use the Windows Character Map tool to copy and paste the symbol.

1.Use The Character Map

You may use the Windows Character Map to copy symbols to your system’s clipboard and subsequently paste them. Although the tool may be used in Microsoft Office products, it is also beneficial if you are working on another application or wish to replicate a crown icon on a website.

There are keyboard shortcuts in Windows for inserting four distinct crown symbols based on King and Queen chess pieces. Hold down the Alt key and input the symbol’s numeric code using the number keypad rather than the numbers on your keyboard to apply a shortcut. When you release Alt, the symbol appears.