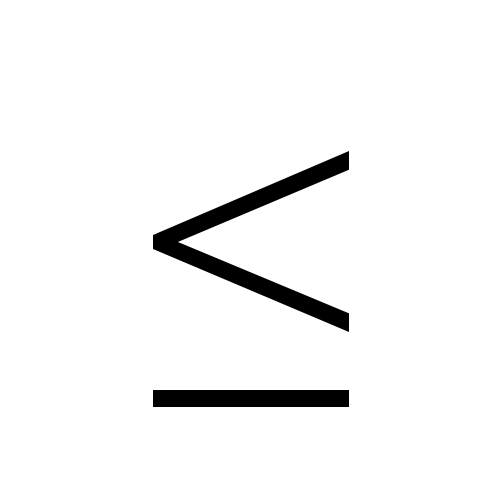 The at most sign use in mathematics is identified as ≤ which means less than or equal to.

What Does At Most Symbol Mean?

The at most symbol is used in mathematics, statistics and in algebraic terminologies to identify the maximum of a number, digit or value. It also means the value of something is equal or less to the other.

All Symbols that can be used for At Most:

What is the Meaning of Symbol For at most 1?

What is the Meaning Of At Most Head Symbol?

There is at most one possible number when there are only one or no heads. One head means there must be at least one, whether that be one, two, three, fifty, or hundred heads. Basically, anything equal to or more than one head. While at most x means a maximum of x implies less than x or equal to x.

More Symbols and their Meanings:

What Does At Most One Probability Mean?

What is the Mathematical Representation of at most symbols?

As we know from the at most definition, the at most means the value of a variable that is less than or equal to the value let’s say the variable of X is 7, if we implement it on definition the value of X can be 7 or less than that but it can never exceed 7 so in mathematics it will be represented as X ≤ 7. #