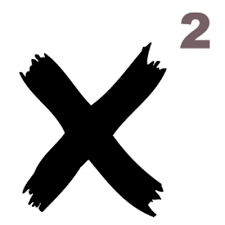 A ^² symbol may also be referred to as the squared symbol or superscript in mathematics, statistics, and especially in algebraic terminologies it represents multiplying a number by itself.

How to do a squared symbol?

All Symbols that can be used for ^2:

What is the power of 2 symbol?

Using the squared symbol or 2 squared symbol, an arithmetic operation can be performed which represents multiplying by itself; however, this process is referred to as squaring.

How to do the square symbol on keyboard?

Can we copy paste squared symbol?

How to insert squared symbol in Word?

In Word, type the X value to insert the squared symbol. Click on the X2 symbol in the left-hand corner of the home page of Word. The second method to insert a square symbol in Word is to select insert from the dialogue box, then select symbol from the right-top corner. Adding it from the home box requires a numeric or alphabetic digit so you must have typed X value first to enter ^2 symbol. The symbol method from insert or copy paste can be used to add a squared sign without alphabets or numeric digits.

How to make a squared symbol in Google Docs?

Adding squared sign in google docs is quite similar to the word method start by opening the google doc then select insert from dialogue bar after selecting it press special characters from the options it will open a small tab select numbers from option then select squared sign or type u+00B2 in the type box you can also draw a symbol there. After selecting it close the tab it will add ² to your doc

Typing ^² is easy on PCs or laptops. By pressing shift+6 together, it will add the ^ symbol in contrast to the square that can be added by pressing home or insert.

How to add the squared symbol in Mac?

Mac users can add the square symbol almost as easily as PC users. Open the document and position the cursor where you want to add 2 or press option + 00B2, or copy-paste the text with the help of command rather than CTRL.

What is a squared keyboard shortcut?

What is the Alt code for squared symbol?